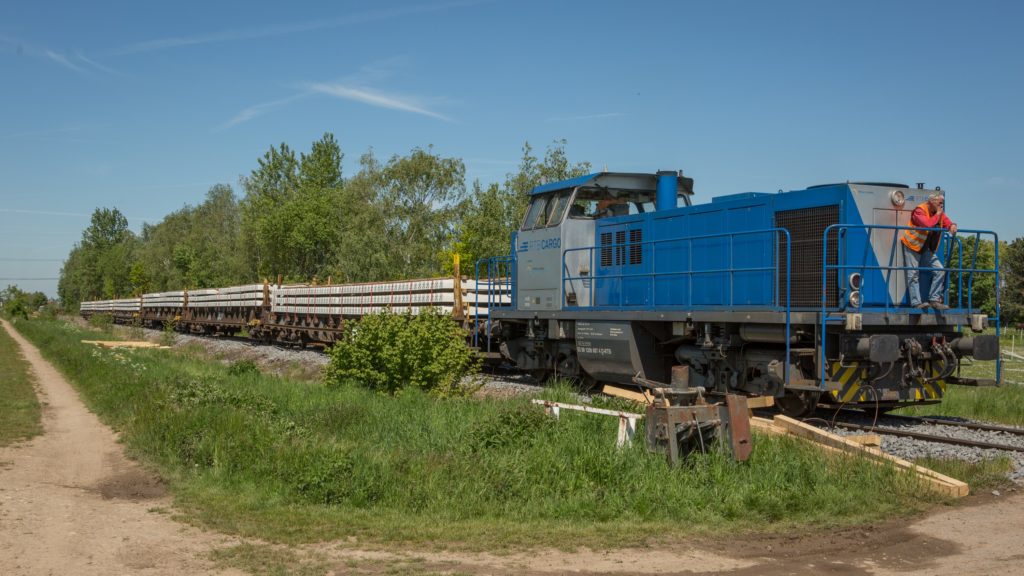 RATH Group offers a profound know-how in the area of infrastructure. Thanks to completing the reactivation of route network in the region of Aachen, RATH has already gained experience in the reactivation and maintenance of rail infrastructure since 1999. The business area of infrastructure is responsible for the upkeep, control and maintenance of the tracks, switches, signalling devices, railway crossings, train stations and stops. At the same time, a non-discriminatory access to the rail network and service facilities is guaranteed. 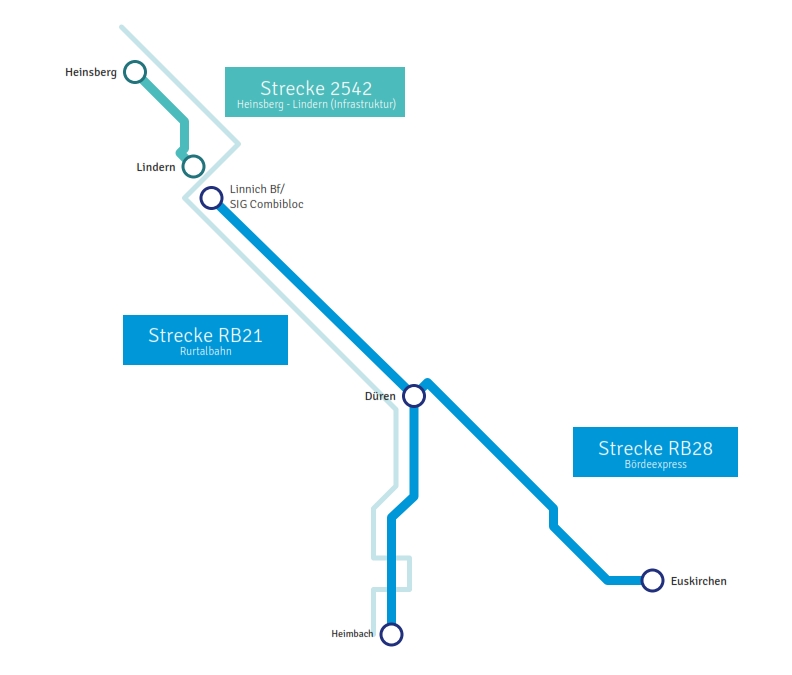 The Rurtalbahn is not only the operator of local rail passenger transport in Düren, but is also responsible for the maintenance and expansion of the local rail infrastructure. The Rurtalbahn operates a total of 98 km of route network on which passenger and freight traffic is carried out. These kilometers are spread over the lines Düren – Heimbach, Düren – Linnich, Düren – Zülpich and Heinsberg – Lindern. In addition, the Rurtalbahn has the connecting track Düren – Distelrath as access to the Rurtalbahn workshop. There are a total of 28 train stations and stops for passenger traffic on the Heimbach – Düren – Linnich route and a further 7 train stations and stops on the Heinsberg – Lindern route, which are maintained by the Rurtalbahn. The Infrastructure division of the Rurtalbahn is responsible for the maintenance, testing and maintenance of the tracks, switches, stations and stops. A non-discriminatory access to the rail network and the service facilities is the focus of our efforts.

RATH holds a minor stake in Stolberger Euregio Verkehrsschienennetz GmbH (EVS). Since 2001, EVS has operated a 69km long route network with 19 stations in the region of Aachen and thereby, paved the way to launch the Euregio railway. Since then, it connects the Dutch town of Heerlen with the German towns of Aachen, Stolberg, Alsdorf, Würselen and Herzogenrath. In addition to that the EVS runs a modern signal box to coordinate the railway traffic on its routes. 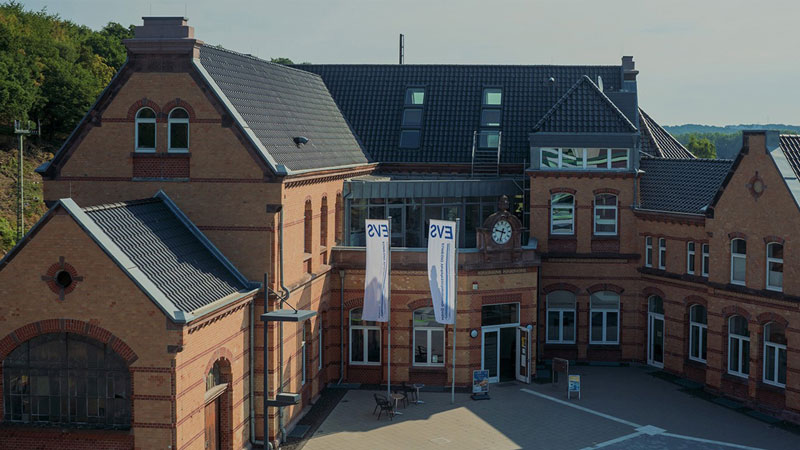 Local rail transport connection to the city of Kamp-Lintfort

The railway infrastructure company Niederrheinbahn GmbH, founded especially for this purpose, has bought the 7.5 km long colliery railway line to Rheinkamp from RAG Montan Immobilien GmbH. The shareholders of Niederrheinbahn GmbH are the city of Kamp-Lintfort and the RATH Group. As part of the (Federal) State Horticultural Show 2020 state horticultural show, they worked together to reactivate the old mining railway. In May 2020, the shuttle service of the Lower Rhine Railway started just in time for the State Garden Show, so that visitors could use the train to Kamp-Lintfort on the weekends. The route still needs to be rehabilitated for the daily regular operation planned later via Moers to Duisburg.